Waste not, want not: A teaser

When life is busy and all your waking hours (and even some of your sleeping hours) are spoken for, a rare moment of quiet stillness is a moment to revel in.  That hot cup of tea at the end of busy day, well-deserved and therefore sipped serenely without the suffocating pressure of things to-do; those brief moments curled up on the couch, eyes blurring words from stories of magical realism—those are the moments when you muse contentedly before dreamily drifting away that life is indeed good and not a moment of it is being wasted. 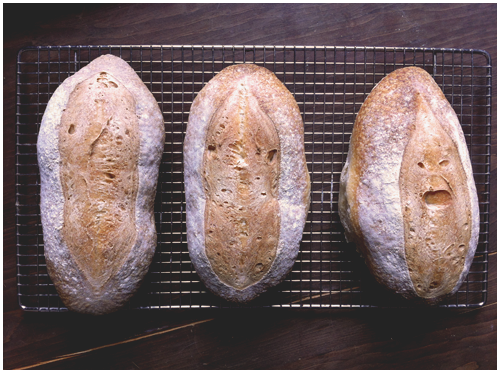 And when not a moment is being wasted—when every moment that is spoken for is a moment readily given—then you might find that you want for nothing.  Because even the moments of exhaustion, of physical discomfort (say, when rolling baguettes outdoors in sub zero weather, your fingers frozen and claw-like); moments of confusion, frustration or disappointment—they’re all worth it.  Why? Because you’re doing something you love. 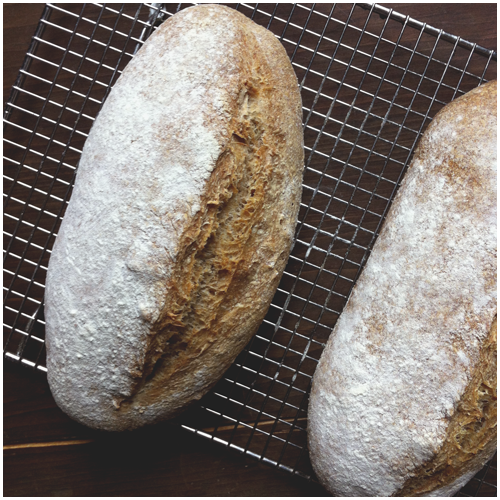 I’ve never been one for idleness, be it idle chatter or idle activity.  I’ve never mastered the ability to engage in small talk or to whittle away time.   Luckily for me I have found myself perfectly positioned along a time-space continuum where opportunities I have dreamed of are within arms reach, seemingly almost too good to be true.  But I’d like to think I’m an optimist, and therefore I can only acknowledge that it really is true.

END_OF_DOCUMENT_TOKEN_TO_BE_REPLACED

Timing is everything: Community oven project & more to come

Good bread is a product of many things beyond quality ingredients. Environment.  A skillful eye and crafty hand.  A dash of luck. And timing.  Timing is everything.

Time can be your friend.  It can be on your side.  It can also be your enemy.  Time waits for no one.  Sometimes it seems you can control it.  You can take things fast or take things slow.  Kick it up a notch or drag it out.  Others, it can seem out of control.  Time flies or it stands still.  You can have an abundance of time.  Or not enough. You can spend it wisely, or waste it. You can be just in the nick of time or just out of time.

END_OF_DOCUMENT_TOKEN_TO_BE_REPLACED

When I first started writing piecurious and publishing recipes, I always attempted to provide the volume measurements in addition to the weight measurements.  The reason behind this was that I wanted to reach out to home bakers who did not have or wish to use a digital scale.  Not only was this process time consuming, since it required me to measure everything twice, the very act of doing so revealed just how problematic volume measurements can be.  Given that I make multiple versions of each recipe I post, I was quick to discover first hand what many bakers have probably already told you: if you weigh by volume the measurements will inevitably vary.

Now, one of the things I learned working in a professional bakery is that with many baked goods, such as bread, quick breads, muffins, etc. exact adherence to weight measurements isn’t always necessary for success.  In fact, what you’ll find (and what is encouraged in many bread books) is that skilled bread bakers often adjust the water and flour based on sight and touch.  That isn’t to say that there aren’t desserts and pastries, not to mention particular ingredients, that require exact adherence to measurements–absolutely there are.  But adding a 1/4 oz of extra flour to a quick bread recipe doesn’t mean your quick bread will be a quick brick.

So why scale out ingredients?

I have three reasons.

END_OF_DOCUMENT_TOKEN_TO_BE_REPLACED

I’ve written before about my lack of baking-induced nostalgia.  The kitchen of my childhood was not filled with aromatic breads and pies.  But that doesn’t mean I don’t seek out these misty familiarities in the foods I eat.  An alluring slice of Italian bread dipped in a spicy olive oil can transport me back in time to the kitchen of my non-existent Italian grandmother as she pulls a fresh loaf from the oven, the scent of the olive trees in the backyard breezing in through an open window.  A deliciously crunchy baguette can weave me through a false memory of picnicking on a summer’s day along the Seine, a checkered scarf around my neck, the smell of a well-aged cheese under my nose and the lingering tingling of a rhubarb chutney on my tongue. 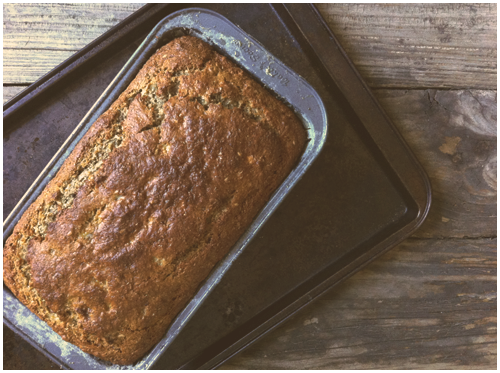 Nostalgia is a fleeting and blurred sensation, our memories inevitably having become milky and obscured with time.  Our imagination, however, often steps in to fill the gaps in the same way that it allows us to feel like we’ve existed within the frame of a film or the storyline of a novel.  On particularly dull and rainy days, when I find myself distracted by faint rumblings of uncertainty, I sometimes recall fabricated memories of meandering down the streets of 19th century England from Dickens’ Great Expectations.  On a balmy summer’s day when I’m feeling unusually whimsical, I might find myself daydreaming of the 100 Years of Solitude spent in time-warped and magical Macondo.

END_OF_DOCUMENT_TOKEN_TO_BE_REPLACED 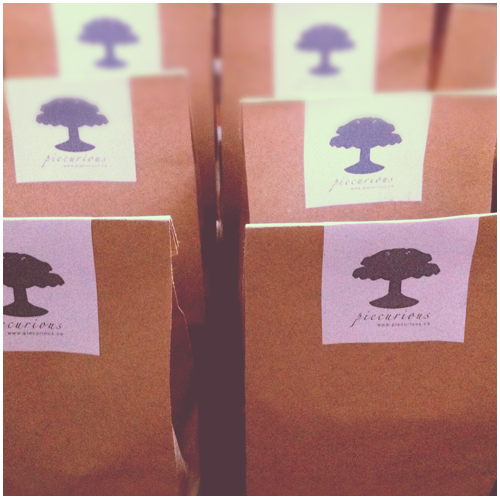 I wasn’t born a social butterfly and no one would dare call me much of one now. It has taken me years of silent observation and awkward imitation to cultivate the still somewhat muted level of social grace and tact that I have now. My father is a very independent and inward-focused man, choosing to socialize with books and tools rather than other human beings. He’s an electrician and works with systems. My mother, on the other hand, is very heartwarming and engaging. She excels at customer service. 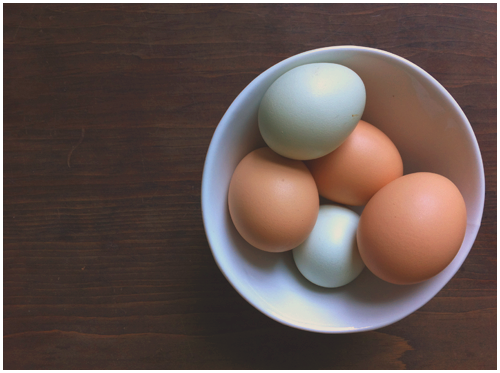 Needless to say, when it comes to socializing, I’m clearly my father’s child despite having grown up only visiting on weekends. But as I push toward my thirties, I have been overwhelmed by the growing desire to build a strong social network and community. The reason for this, I think, is that I’ve finally developed a pretty accurate idea of who I am and what I value and therefore also the kind of people I’d like to surround myself with. And so it is only natural that I would embark on a journey to find them.

In the dog house: Seedy and spiced red lentil crackers

I’ve been sleeping on the couch a lot lately. It’s not as though I don’t have a quaint little bedroom at the back of my sprawling apartment with a window overlooking the river and a newly acquired antique bed frame that I suffered over until in a burst of nervous energy I drove back to the antiques market and bought it. I may not have a proper mattress for it yet (it requires a non-standard ‘standard’ size called a three-quarter), and so my old mattress is precariously pushed up against the headboard. But it spoke to me as things that are visually unique, well-crafted and carry a history often do. I frequently find myself standing in the doorway in a daydreamy state, admiring it from afar.

The bedroom may have the bed frame, but the living room has the allure of a constantly roaring fire – the sole source of heat in the apartment.  Well, to be honest, it’s a gas fireplace so it actually doesn’t roar, but silently sends up shoots of flame from behind fake, though surprisingly real-looking, logs. But like many people, I prefer to sleep in a cooler room so the fireplace isn’t the draw.

Rather, it’s the excitement and energy with which I have begun to tackle my hobbies that drives me to the couch instead of my bed each night.  I have stripped the university library of their baking science books.  There are bread books open and scattered across every flat surface of the kitchen and dining room, and some even teetering atop flour scoops, and tart pans, pages gritty with flour and rumpled by careless drops of water.  There have been evenings stretching into the wee hours of the morning where I have awoken every half-hour to turn dough as part of a bread experiment which I had no hopes of success.  And I’ve spent countless minutes sitting entranced in front of the window on my oven, marvelling at the wonder that is oven-spring (my previous oven did not have a window so this is a real treat for me).

END_OF_DOCUMENT_TOKEN_TO_BE_REPLACED

Pound cake, adapted: A celebration of place and space

It has taken me many years of living in uninspiring and isolating places to fully grasp the truth of this statement.  To not think of location as an addendum to be ignored and then forgotten, but rather as the first chapter in the book on how to achieve the charmed life.

Faced with another relocation, I was determined not to settle in a place or a space that did not fully resonate with my personality and my thoughts of the future.  I had reached a point in my life where I longed to find a place where my creativity could take root and thrive.

My choices were of course limited to being within an acceptable commuting distance from where I worked.  Having spent the majority of my life commuting via public transit and the last year and half living in a walkable city, I was convinced that commuting, even now with my own car, would be an undesirable characteristic of place.

The country changed all that.

END_OF_DOCUMENT_TOKEN_TO_BE_REPLACED

Let’s connect – piecurious now has an about page.

Creativity through chaos? Not for me. 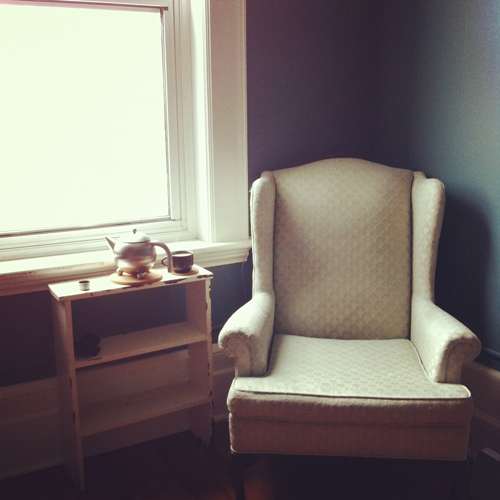 My temporary makeshift office. A bare space on the periphery of the clutter and chaos.

I’m still in the throes of unpacking and re-nesting, struggling with the waxing and waning feelings of dislocation and disconnection, excitement and curiosity, that come with moving into a new space and a new place. I’ve learned fairly quickly what I already knew: my creativity does not thrive in chaos. The cookbooks and bread books that I longed for during our month-long separation are scattered throughout the apartment, but I cannot even conceive of breaching their covers yet. There are boxes to unpack. Nooks and crannies to scrub clean. Curtains to hang and walls to be painted. My sourdough starters are languishing in the fridge as my baguette pans gather dust, having yet to see the interior of an oven. But soon.

Normalcy will return. It has to.

A month ago today, I packed my little ‘98 Corolla to the hilt, fought the cats into their respective carrying cases, and drove away from my quaint little apartment to begin life anew.  Again.

Life changes remarkably fast.  Within a matter of two weeks I went from living in my snug little apartment attached to the back of a century-old limestone house—an apartment that I had fallen in love with and even paid a month’s extra rent to lay claim to—to living out of a suitcase at my mother’s, 336 km away.  I’ve since experienced the frustration of struggling to find an apartment during off-season, or at least one that wasn’t characterized as a “bright and spacious” basement apartment (read: dingy, depressing and overpriced), as well as the unusual feeling of violation that came with a phone call alerting me to the fact that my old apartment, which still contains the majority of my stuff, was broken into and a handful of my personal belongings had been stolen.